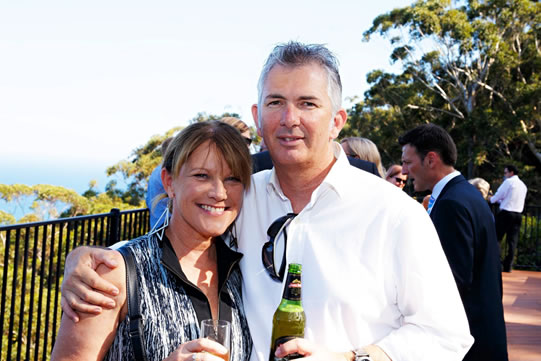 On the 1st April 2016 Glenn & Lorraine will be departing Sydney on a circumnavigation of the Australian mainland continent including Tasmania on board personal watercraft.  The journey, upon its completion will see both Glenn and Lorraine become joint world record holders for the longest distance covered by Personal Watercraft, they will also be the first people to include Tasmania in their journey as well as the first husband and wife team.  The total distance will be in excess of 19,500Klm and will take around eight months to complete.

The intrepid duo will attempt the circumnavigation with a minimal amount of support crew, and on some legs of the journey they will be travelling completely independently.  Glenn says that ‘the aim of the expedition is to not just travel around Australia via a fairly unusual method, but to document the journey as much as possible.  With our dedicated website and YouTube channel providing updates of our progress, it will be possible for those that are following our journey to feel apart of the whole expedition’.  Lorraine added that ‘setting a World Record will be an amazing experience, but really for us, it’s about meeting people along the way.  Creating the documentary about our experiences is a great way to make it about more than just the World Record’. 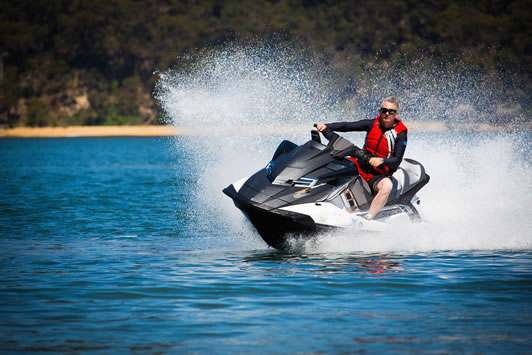 The crew will also be raising awareness for cancer by raising funds for the Cancer Council and they are aiming to not only achieve there fund raising target of $250,000.00 but well and truly exceed it.  With 1 in 2 Australians being diagnosed with Cancer, the expedition aims to help the Cancer Council make a difference to those affected with the disease.

Aside from the obvious perils of navigating Australia’s at times treacherous coastline, the pair has some rather obvious concerns with the nature of certain species of Australian wildlife, namely the Saltwater Crocodile.  Launching and retrieving the PWC’s on the remote coastlines and waterways of the North is causing some stress but they feel that if they remain alert and utilize the experience of the local communities in the region they should be fine.

With less than 3 months until the Terra Australis-Girt by Sea adventure begins you can feel the tension growing around project HQ.  We are busy organizing meetings with all 18 of our volunteer support crew and ensuring that their vehicle is mechanically sound and stocked with all of the necessary equipment to get them safely around the rugged Australian coastline, and more importantly able to be at the designated meeting spots each afternoon to get our skis out of the water.

The jet skis themselves are part of the project that is proving to be very capitally intense, with not only the purchase of units them selves but also the set-up and running costs throughout the pre-departure testing process being for the most part, self funded by the team.  Whilst the skis will be kept as standard as possible, things like custom made long-range fuel tanks, GPS units and other assorted safety equipment, it’s certainly seeing the budget taking a hammering.

We have a week-long test planned for the second week of January where we will do some serious endurance runs, testing of both ourselves and the jet skis.  During this time we will also test safety systems and apparel supplied by Crewsaver Australia.  The guys from Crewsaver have been fantastic in supporting the project providing several expensive safety items like EPIRBS, Flares, Safety Knives and radios to name a few.  The quality of their gear is impressive to say the least and we look forward to testing it in the extreme environments that we will be operating in during our journey.

Plans are well underway to depart from the foreshore of iconic Sydney Harbour with an aquatic license application currently under review along with a formal request to the General Manager Roads & Maritime for exemption to Clause 37 of the Marine Safety (General) Regulation 2009 preventing jet skis from using Sydney Harbour.  Needless to say this will be a huge deal for the project and our fund raising efforts giving us access to the large audience that the Harbour itself attracts on a daily basis.  Should the required license and exemption be granted we will be departing from the foreshores of Ewenton Park in Balmain, for which Leichhardt council has already granted permission for the use of, along with an exemption from the usual council booking fee for the parks use.  We have been granted permission by the Maritime Police to utilize their facilities at Cameron’s Cove to launch our skis on the day of departure and they will also be providing an escort for us out through the heads.

The pair expects to arrive back in Sydney around the beginning of October 2016.

or donate to their Cancer Council fundraising project here;