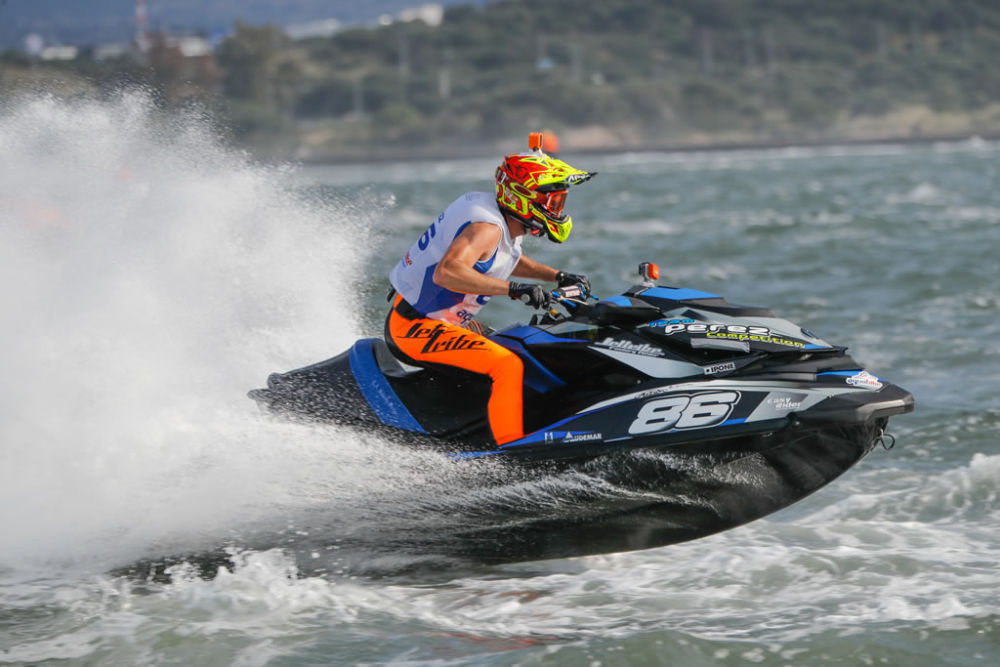 Kasza made a sensational start to lead from Perez and Dmitry Tsukov and was 20 seconds clear by lap 5, with Abdulrazzaq making up for a dismal start running outside the top ten but moving into fourth on lap 4 and up into third a lap later.

Kasza was able to hold off a hard charging Perez for 12 of the 17 laps and going on to take the win with his lead cut to 3.92s, Abdulrazzaq nearly six seconds back.

Dmitry Tsukov’s fourth place was his best result in the UIM-ABP Championship, finishing ahead of Lars Akerblom and Anton Pankratov.

Team Abu Dhabi’s Rashed Al Mulla was again the outstanding Freestyler improving on yesterday’s Moto and awarded 93 points out of a possible 100 to take his second Grand Prix title of the season, his fourth on the bounce. 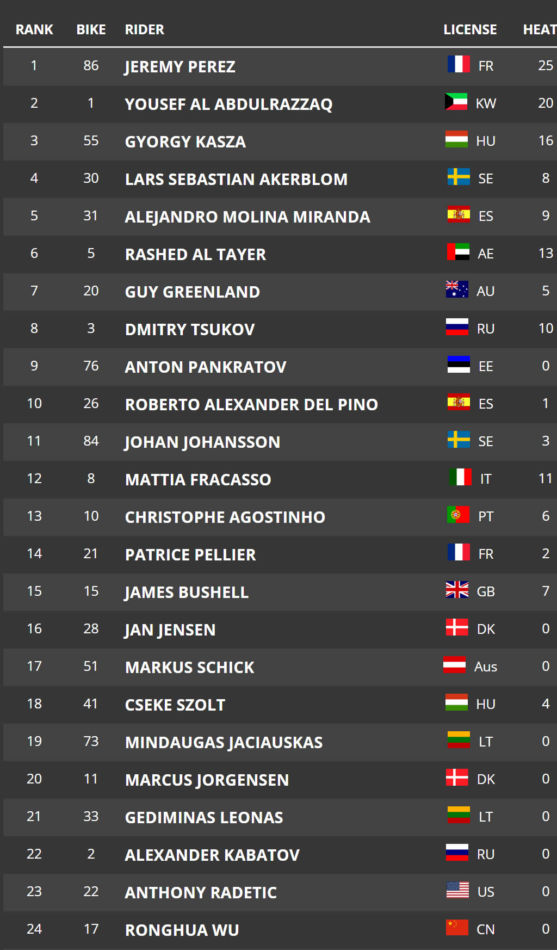 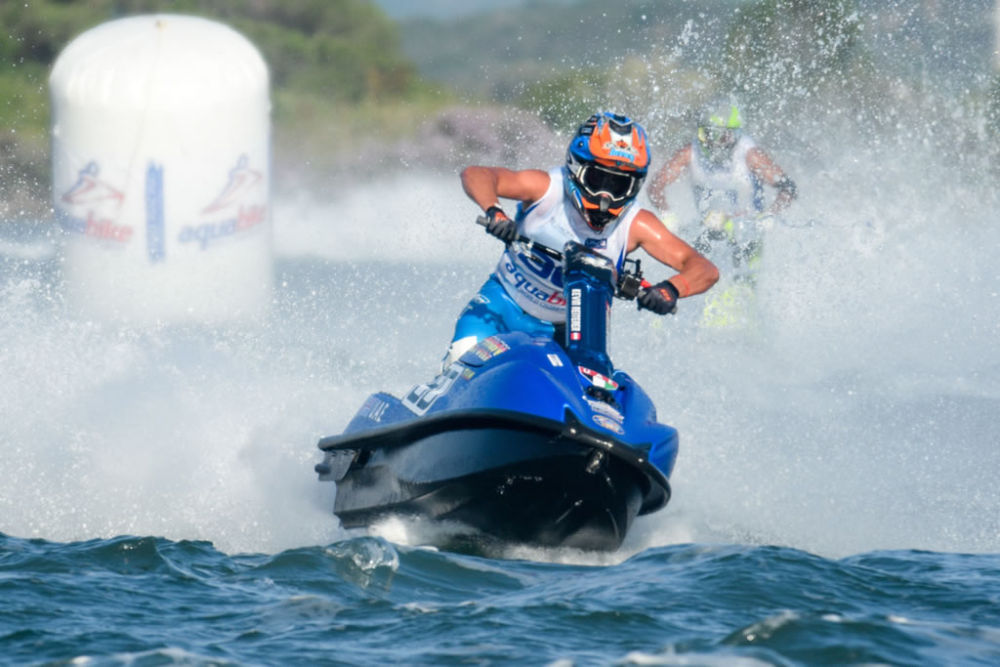 Sunday, 3 June, OLBIA (Sardinia, Italy): Victory Team’s Kevin Reiterer took his second win of the weekend in Ski GP1 at the UIM-ABP Aquabike Grand Prix of the Mediterranean to take his first Grand Prix win of the year.

The Austrian rider trailed Quinten Bossche throughout the 10 laps to the chequered flag, but a 15 second post-race time penalty handed out to Bossche for not maintaining his line at the start dropped him to second, with Raphael Maurin coming home in third and take the final step of the Grand Prix podium. 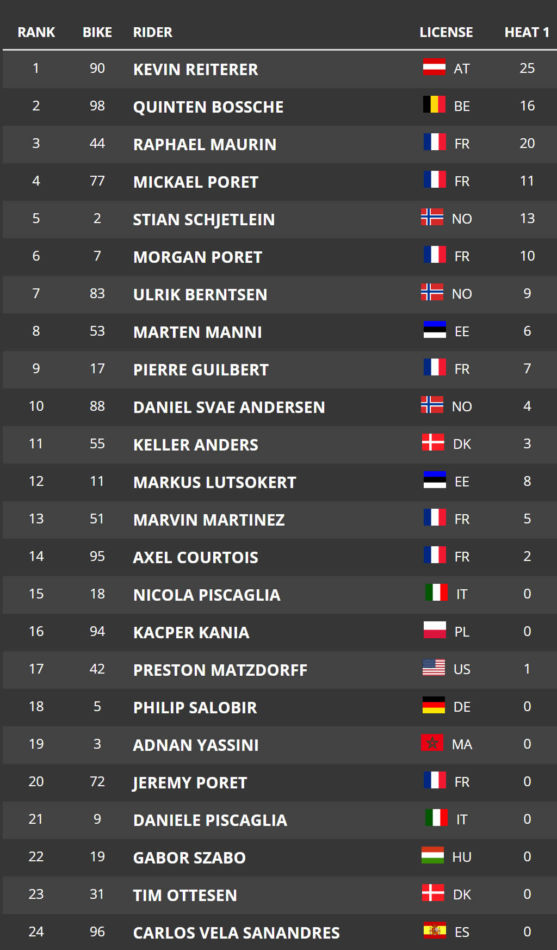 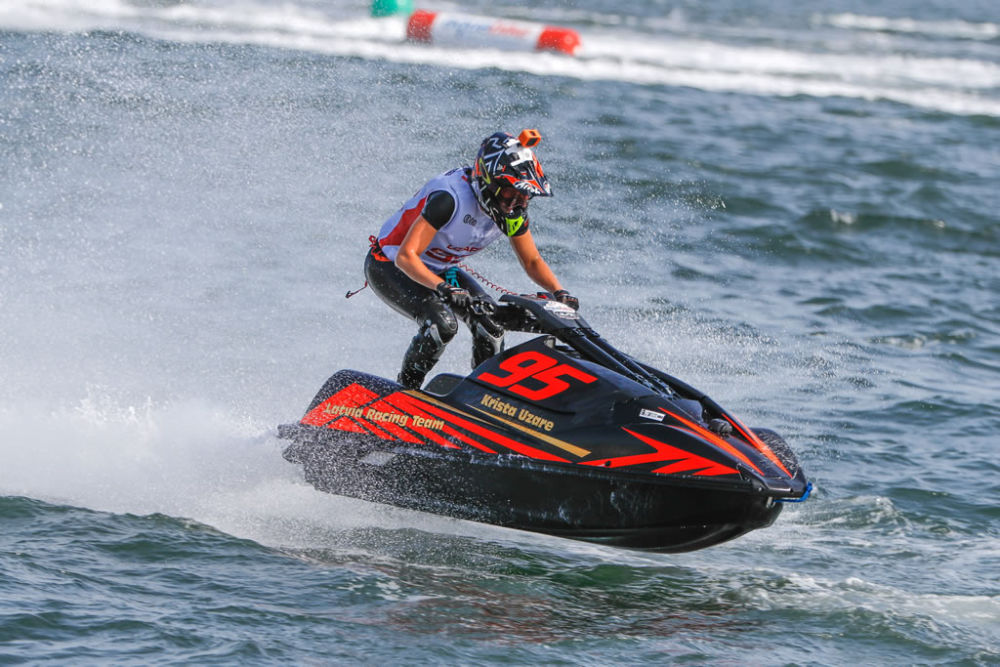 Sunday, 3 June, OLBIA (Sardinia, Italy): Second place in today’s Moto in Ski Ladies at the UIM-ABP Grand Prix of the Mediterranean was good enough to give Latvia’s Krista Uzare her second successive Grand Prix title of the season, with Estonia’s Katriin Nilbe producing an outstanding performance to take her maiden Moto win and second overall.

Nilbe led the 10 lap Moto from start-to-finish to run out a comfortable winner from Uzare by 16.13s, with Ortendahl making up for a poor start and moving up through from lying in seventh at the end of lap 1 and into the podium place after passing Jonna Borgstrom on lap seven.

Britain’s Mollie Fearn produced yet another solid performance finishing in fifth, with Kylie Ellmers getting her best result of the weekend in sixth. 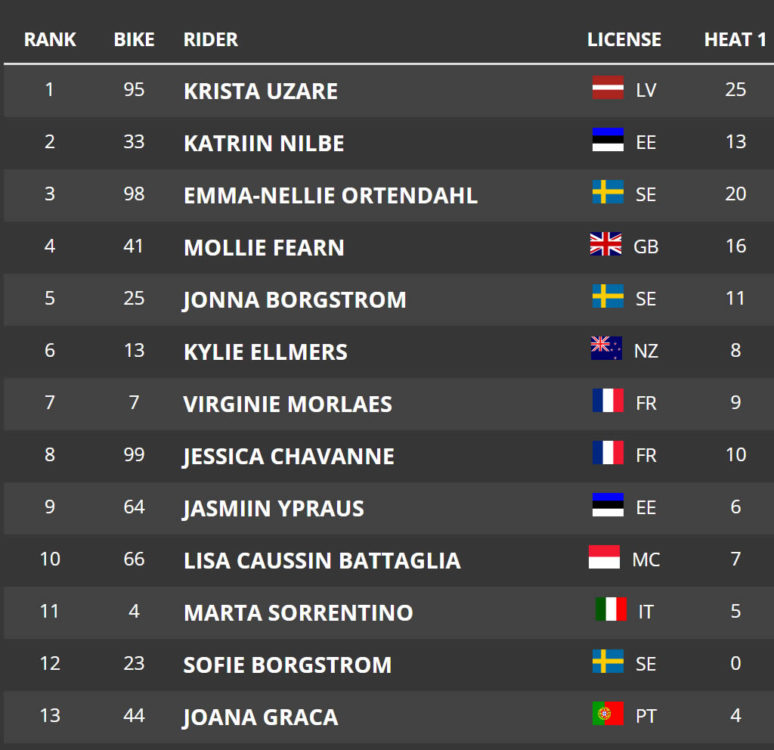